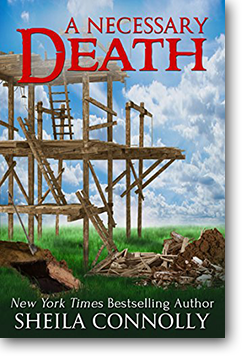 
With working conditions deteriorating and tempers wearing thin, construction supervisor Mason is having enough trouble completing the massive building project on time and on budget—the last thing he needs is a dead body. Sure, on a job as big as this one accidents happen, but this death was no accident.

Hoping to clear up the murder quickly, Mason begins to search the site and question the construction crew who have set up camp nearby. But with few clues and fewer suspects, he'll have to turn to an unlikely source for the solution—and an explanation that's as old as the project he's given his life too.

Beyond the Page Publishing, ebook, 2015 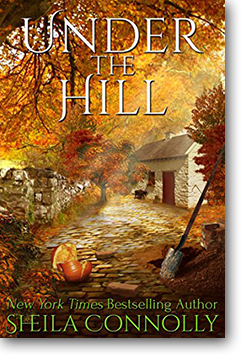 
Ellen Leonard is feeling both free and empty. Just out of a two-year relationship, she decides a trip to Ireland could be the perfect opportunity to shake off her lethargy and also reassert her independence.

But as she settles in at a remote cottage in the Irish countryside and her days take on a comfortable routine, Ellen begins to discover that sometimes things that go bump don’t always do it just in the night.

Also features a sneak peek at Relatively Dead and Picked to Die.

Beyond the Page Publishing, ebook, 2014 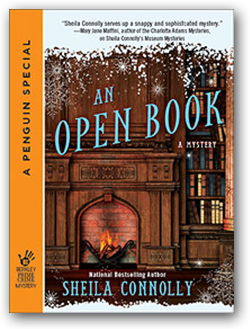 
After part-time librarian Sarabeth Dodson discovers elderly Edith Hathaway dead in a snowdrift in small-town Strathmere, Pennsylvania, she enlists the help of Police Chief Vanessa Hutchins to get to the bottom of the mystery. With no footprints around the body and no purse, what was the retired school teacher doing out in the middle of nowhere in the snow? The answer may have something to do with the library book Edith failed to return... 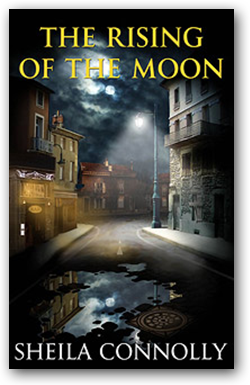 "The Rising of the Moon"


Dinty's Bar has occupied the same corner in Cambridge since before I was born. Not the Cambridge with the glitzy shops and exotic restaurants catering to parents dropping their little darlings off at the Big H, or the Cambridge filled with techy wonks. Dinty's keeps a toehold in the back end of Cambridge, between Central Square and the river. Its patrons come from the neighborhood and they're pretty consistent: blue-collar, mostly construction workers, a scattering of cops and firefighters, all Irish in some way or another. Somehow this little area called Cambridgeport has escaped the gentrification that has crept through the city, and that's the way the people here like it.

Beyond the Page Publishing, ebook, November 2012 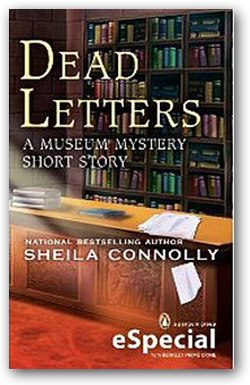 Nell Pratt, President of the Pennsylvania Antiquarian Society, is intrigued when Arthur Logan, elderly scion of an old Philadelphia family, approaches her to search the Society's archives for information on the Logan family's history. What he desires most, it turns out, is her discretion--but as Nell begins sifting through documents and letters, a series of unsettling occurrences lead her to wonder if she's not the only one out there looking for a Logan family secret... 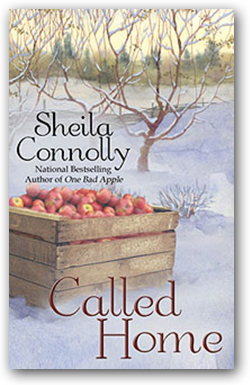 Out of a job and living alone in a drafty Colonial house, Meg Corey is supposed to be fixing the house up to sell, but now she's got the flu and she's freezing and she feels very sorry for herself. Then Deborah Warren shows up to distract her—but is Deborah a ghost, or just the product of Meg's feverish imagination?

Choosing to believe that Deborah really is a ghost, Meg sets out to discover the truth of why she's been around for 200 years when all she wants is to go home.

Beyond the Page Publishing, ebook, June 2011